Beginning as early as the 1950s, there existed a wildly successful television advertising campaign that featured the “Lonely Maytag Repairman.” Rumors have swirled that there is a revamped version of this television icon that’s more relatable to today’s generation, but it’s not quite as unanimously recognizable as the original character from long ago. The old ads that ran for the better part of 30 years or more featured a guy in a plain blue repairman suit complete with name tag, who would literally jump out of his skin anytime the phone rang because he was so bored and lonely with never getting any service calls. As far as television commercials go, it’s right up there in popularity with the “Don’t Squeeze The Charmin Guy” and “The Pillsbury Dough Boy, who is still running strong!” 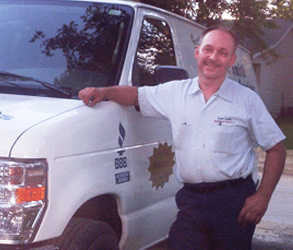 The Maytag commercial was a wonderful example of effective television advertising that portrayed the Maytag brand of appliances as being virtually repair proof. Whereas Maytag may be a very good brand, it is just as vulnerable as most other brands to the occasional repair issue, especially in older models. Besides that fact, it also helps to have a dependable service technician to occasionally perform routine maintenance to some appliances when needed. A good repair technician will be able to not only assist with the current problem you are facing, but also provide good information on how to avoid problems from recurring, and keep your appliances running in top condition.

Dave Smith hasn’t been at it quite as long as the Lonely Maytag Repairman, but he has been repairing Maytag appliances, as well as countless other brands such as LG, Bosch, Kitchen Aid, Electrolux, Whirlpool, and many more since 1979. His company has an A+ Better Business Bureau (BBB) rating and has earned the illustrious rating of a Certified Service Center (CSC). For more information on obtaining his expert services please contact us today.

Schedule Now
Do NOT follow this link or you will be banned from the site! Call Now Button